Do Less In May and Don’t Go Away

Do Less In May and Don’t Go Away

There’s very old saying on Wall Street; “Sell In May and Go Away,” like everything else, sometimes it works sometimes it doesn’t. The market has hit a short-term peak in the month of May enough times to respect the saying.

Here’s the SP500 average return in the past 10-years and during post-election year; peak in May, low in June, retest in the fall. This could be used as a guideline. 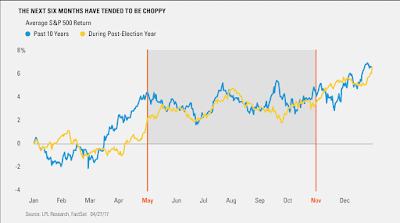 The great Urban Carmel from Fat-Pitch.blogspot.com pointed out that the average intra-year decline when the SP500 has been positive January and February is roughly -7 to -9%. 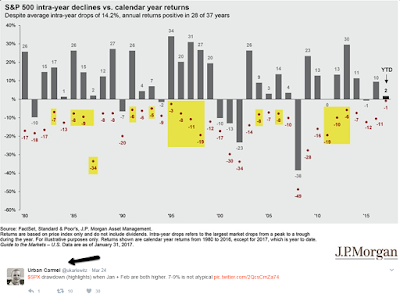 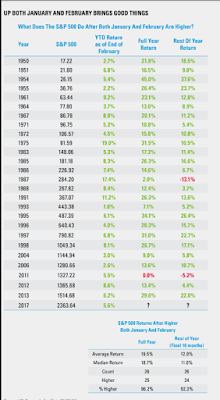 What I found interesting was that the most recent pullbacks under this January-February criteria have commenced in the month of May.

Right now price action is not giving us any clues that we are going to roll over and follow the previous script, but if you look at the charts above we did not get any clues back then either. The SP500 just peaked at highs and rolled over.

Bottom line; as you can see on the charts above every pullback ended up being a buying opportunity, the short term pain became a long term gain.

Frank Zorrilla, Registered Advisor In New York. If you need a second opinion, suggestions, and or feedback in regards to the market feel free to reach me at fzorrilla@zorcapital.com or 646-480-7463.
See How I Translate My Tweets & Blogs Into Actual 3rd Party Verified Trades
Work With Me
We live in a world in which we are bombarded with information, tweets, blogs, etc., content is the new salesman, content is the new marketing, content is the new networking. With information being so readily available, bloggers try to differentiate themselves with their writing skills, volume, and consistency, putting out blog posts to meet quotas. We are seeking to stand out from the crowd by showing performance, by taking all the information and seeking alpha, that’s the sole purpose of the blog. It won’t always be pretty; it’s never easy, and performance is spotty, but we seek superior risk-adjusted returns, not notoriety for our writing skills.  If this is something you can relate to, then this blog is for you.
DISCLAIMER
This information is issued solely for informational and educational purposes and does not constitute an offer to sell or a solicitation of an offer to buy securities. None of the information contained in this blog constitutes a recommendation that any particular security, portfolio of securities, transaction, or investment strategy is suitable for any specific person. From time to time, the content creator or its affiliates may hold positions or other interests in securities mentioned in this blog. The stocks presented are not to be considered a recommendation to buy any stock. This material does not take into account your particular investment objectives. Investors should consult their own financial or investment adviser before trading or acting upon any information provided. Past performance is not indicative of future results.
By Frank Zorrilla|2018-02-02T12:06:11-05:00May 3, 2017 8:03 am|