A Plethora Of Short Set-Ups

A Plethora Of Short Set-Ups 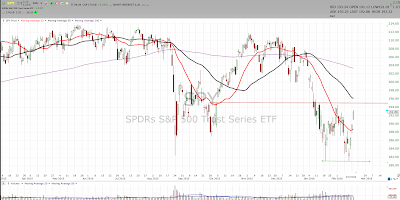 The SP500 has had a decent bounce over the last four days, +6% to be exact.  It was only last week when there was panic and despair in the air; you were able to see it in the parabolic move that the Gold and the Gold miners had.  My phone didn’t stop ringing from people who realized that when the tide went out, they were swimming naked and now wanted a plan.  If you believe that we are in for a rough year, then the market has given you the opportunity to sell at better prices.

As we approach some resistance on the SP500, my scans are spitting out a whole bunch of short set-ups.  For me, it is going to be very interesting how these short set-ups react over the next couple of days.  If they start to trade sideways instead of going down immediately that could be a sign that better times are ahead.