What Is Negative Breadth Telling You

What Is Negative Breadth Telling You 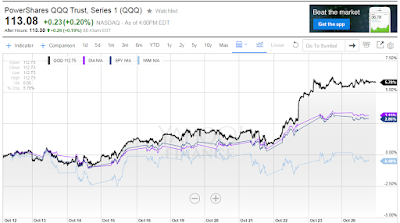 The ten-day moving average of the advance-decline line for the NYSE, NASDAQ, AMEX is also negative with the three major indices printing near highs.

This divergence, for the most part, is due to the small caps underperforming.  Sometimes this divergence will impact the market in a negative way sometimes it won’t.

There are two things you should know about negative breadth divergences;

Only time will tell.