Just Own The Freakin SPY

Just Own The Freakin SPY

One of Raymond James’s Chief Market Technician Andrew Adams is out with a note today talking about the bear market that has happened underneath the surface while the SP500 has held up well and masked all the weakness underneath the surface. These negative breadth divergences have been discussed ad nauseam on fintwit.

I’ve used this stat before, but it still astounds me that during 2015 if you had put all your capital into the largest ten companies in the U.S. stock market, you would have ended up making about 20% on the year, yet if you had held the other 490 companies in the S&P 500 instead, you would have actually been down about 3%. Talk about a strangely narrow market! Of course, that period culminated in the stealth tactical bear market in early 2016 when, at the February 11 low, the S&P 500 stocks were down an average of 26.7% from their 52-week highs and stocks in the Russell 3000 were down an astonishing 37.3%, on average. We still contend that was probably the “bear market” that many are still predicting even now, but it does not qualify in the eyes of some purists since the S&P 500 itself was “only” down about 15% from its previous all-time high instead of the requisite 20%.–Andrew

Joe Fahmy discussed this back in December on Fox Business;

Very simply, I have stated this before and will state it again; it makes sense to own the index ETF’s has core holdings. By owning the SPY, you will be involved in all the biggest winners that you always hear about on TV like FANG (Facebook, Apple, Netflix, Google) without their respective individual risk. And certainly, you won’t be dumbfounded, frustrated, etc, when the negative divergences persist for months, but the SPY is doing well.

Owning the indices; SP500, QQQ, IWM, allows you to participate in most if not all of the great companies that come public. You won’t get the full participation on the way up, but you certainly won’t live through gut wrenching drawdowns that are impossible to live through.

Before you sell everything and go 100% into the SPY make sure you are aware of this (below) and take advantage of them. 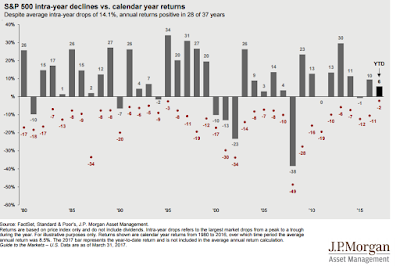 I personally don’t believe in being 100% passive, 60% passive, yes, we can probably all agree that you can’t time the MARKET, but you can time stocks.

Frank Zorrilla, Registered Advisor In New York. If you need a second opinion, suggestions, and or feedback in regards to the market feel free to reach me at fzorrilla@zorcapital.com or 646-480-7463.
See How I Translate My Tweets & Blogs Into Actual 3rd Party Verified Trades
Work With Me
We live in a world in which we are bombarded with information, tweets, blogs, etc., content is the new salesman, content is the new marketing, content is the new networking. With information being so readily available, bloggers try to differentiate themselves with their writing skills, volume, and consistency, putting out blog posts to meet quotas. We are seeking to stand out from the crowd by showing performance, by taking all the information and seeking alpha, that’s the sole purpose of the blog. It won’t always be pretty; it’s never easy, and performance is spotty, but we seek superior risk-adjusted returns, not notoriety for our writing skills.  If this is something you can relate to, then this blog is for you.
DISCLAIMER
By Frank Zorrilla|2018-02-02T12:06:17-05:00April 20, 2017 9:42 am|