Why The Majority Of Investors Feel Bearish

Why The Majority Of Investors Feel Bearish

I recently wrote a post “Don’t Be Fooled By These Long Term Charts” in which I explained that when you plot anything negative versus a long term chart of the SP500 it will look irrelevant.  The market spends the majority of the time going up, the market as in the SP500, Dow Jones, not individual common stocks.  “The Russell 3000 index measures the performance of the largest 3000 U.S. companies, 98% of the investable U.S. equity market.  40% of the stocks had a negative return over their lifetime, 20% of stocks lost nearly all of their value, 10% of stocks recorded huge wins over 500%.  80% of the gains are a function of 20% of the stocks. –The Ivy Portfolio

Many currently think that the various sentiment indicators are providing a contrarian bullish signal because the current readings are very bearish while the indices are near all time highs.  But, the thing is, that many individuals own individual stocks not just the SPY and DIA ETF.  With the average SP500 stock down roughly 14% from their 52 week high, it’s not hard to believe and or understand why the average investor feels bearish.

Let’s take a look at this make believe diversified portfolio;
$AAPL I own it because I love Apple, everyone in my family has an Iphone, and it’s never going down.
$XOM you need oil in your portfolio.
$DUK need some dividends.
$DIS own it for the kids.
$NEM need to own some gold because the government is printing money, etc.

Now, if you were to ask the individual whose portfolio consists of the stocks above how he feels about the MARKET, chances are high that he is not going to feel great about it regardless of the fact that the SP500 is trading near highs.  Apple has done absolutely nothing in 9 months and it just took a nose dive. Disney was a bright spot in the portfolio but it just took a hit after it reported earnings last week.  Duke, the dividend is nice; however, the stock’s decline has been greater than the dividend payments. Newmont mining, total disaster. Exxon Mobil is another disaster. 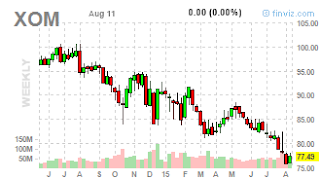 If you take his current sentiment and plotted against the SP500, of course its going to look contrarian, but is that a fair judgement? 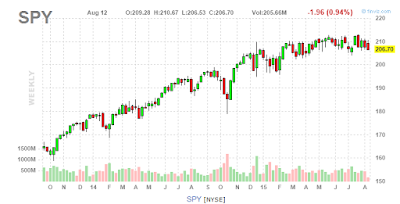