This Airline Stock Is Ready To Land

This Airline Stock Is Ready To Land

Ever since American Airlines came out of bankruptcy and started to trade publicly again hedgefunds jumped all over it.  Effectively the stock became a hedgefund hotel, ever since the 4th quarter of 2013 a large amount of hedgefunds held the stock as you can see from the chart below.  Hedgefunds held steady for 5 quarters and enjoyed healthy gains. 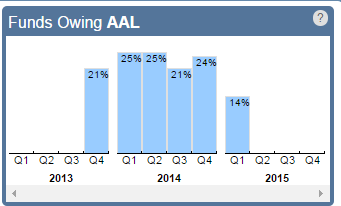 Fast forward to today, American Airlines was under distribution in the first quarter of this year, the stock traded between $45-$55 and became volatile as oppose to the steady rise it had the previous quarter.  The funds owning the stocks decreased from 24% to 14% and some of its largest holders to profits on the stock. 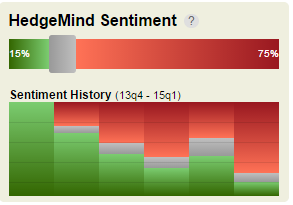 The concern here is that many hedgefunds tend to check in and check out of stocks together, and with American Airlines now under its 50 and 200 day moving averages one can assume that the selling will continue.  Any rallies to the underside of those averages should be consider as an opportunity to sell for traders. 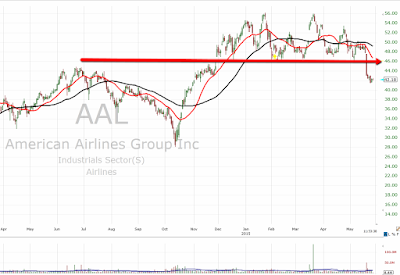