There as been a lot of comparison of the recent market trajectory to the one of 2011.  I have made that comparison numerous times here in these pages.  As a matter of fact, the correlation of the 2011 sell off, and the current one stood at 90% on September 22 and it is still very high today, you can see that in the chart below. 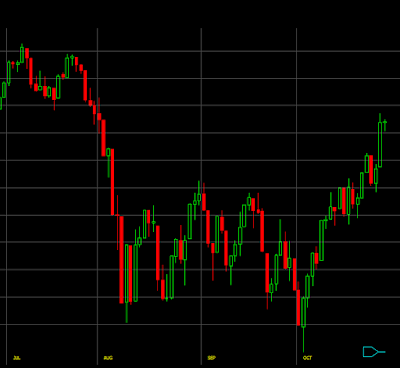 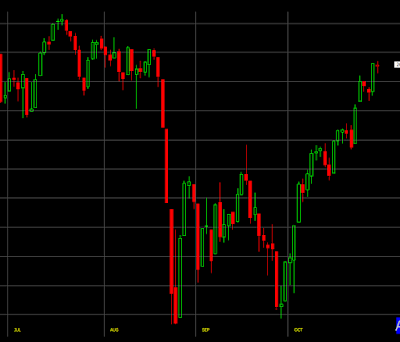 Here are some of some of the differences;

In 2011, we had very high readings of stocks up 50% or more in one month showing how broad and powerful the rally was for individual stocks.  Readings above 20 don’t happen very often, in 2011 that reading hit a high of 80 stocks. Our highest reading in the current rally was 23 two days ago.

This year we got two overbought readings, showing you the lack of UMPH,

You can view this information as positive or as negative.  Negative breadth divergences are not always a negative; you have to keep an open mind that individual stocks can catch up to the indices and broaden out the rally.  On the flip side, acting on negative breadth divergences does not work as well or as timely as positive breadth divergences.  Indicators work very differently from the bull and the bear side.
If you are scratching your head why the recent rally did not make it to your portfolio, now you know why. The good news is that it might still make it to your destination.
Work With Me
Stay Informed
STATS COURTESY OF STOCKBEE
By Frank Zorrilla|2018-02-02T12:09:26-05:00November 1, 2015 8:28 am|