Playing A Possible Base Break

Playing A Possible Base Break

CHUY has been basing for roughly 6 months after a nasty earnings related gap down back on November 5th, 2014.  I’m always intrigued by bases, the longer the better.  The base just tells you that the sellers who were in control are drying up and or finding equilibrium with the buyers.  Near at the end of the base before the eventual breakout what you start to see is the buyers get more aggressive and the stock starts to have higher lows.  This is exactly what is happening with CHUY currently, the earnings gap down high is $23.36, a move above that level can start a short squeeze.  According to FINVIZ 18% of CHUY’s float is short with a short interest ratio of 10. 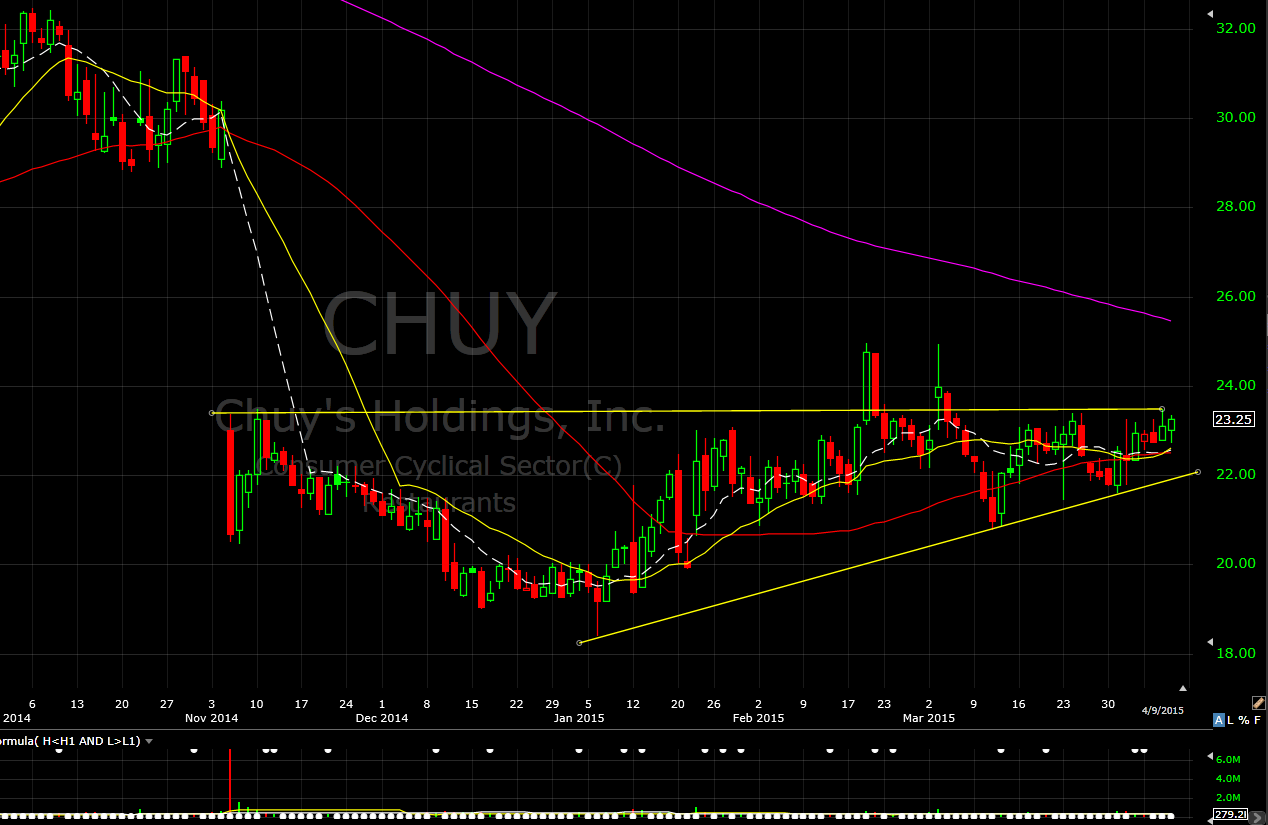