Current State of The Market, Sell, Hold, or Buy

Current State of The Market, Sell, Hold, or Buy

Based on the recent market action its hard to make a case to buy an up opening like we are walking into today.  Greece is still acting as an overhang but the real issue might be what’s going on in China, will it have any spillover effect is the question. 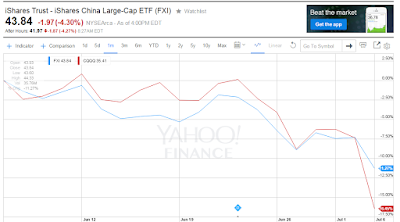 We have seen a spike in stocks making new 1 month lows and 3 month lows.  These type of spikes have led to short term bounces in the past except in October when the spikes led to more downside.

I hate to use twitter or stocktwits to gauge sentiment because you really don’t know what a person is doing.  Their stream might give you a certain impression that is far from reality.  However, a great deal of people have been bearish for a long time and they still are, from a contrarian standpoint that is bullish. On the flip side I think that many have grown to be complacent because of the way the market has rebounded ferociously every time it looked and felt like it was going to break down.  This has trained people to look the other way and or ignore their stops in hope that the market will bail them out as it has over the last few years, this is when it gets dicey.

Summer is here, slow down.  Keep a close eye on biotechs; $XBI, $IBB, for clues, a breakdown in that sector could weigh on the market, but so far they continue to be strong like bull. 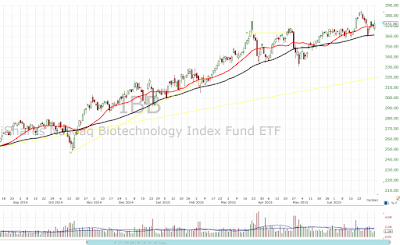