On 4/4/17 Plug Power ($PLUG) announced that it reached an agreement with Amazon ($AMZN) to utilize Plug Power fuel cells and hydrogen technology in its fulfillment network (LINK).

Amazon was granted warrants to acquire up to 55,286,696 shares of Plug Power shares at $1.189. Under those terms, Amazon must spend at least $600 million over the life of its contract with Plug Power to take full advantage of that deal.Amazon and Plug Power will also begin further developing Plug’s technology together, including expanding the applications for Plug Power’s line of ProGen fuel cell engines.

Amazon has done similar deals over the last year with two air delivery companies ($AAWW, $ATSG) and T-shirt company ($KRNT).  $AAWW, $ASTG were big winners for us, we wrote about them here TWO AMAZON DERIVATIVE PLAYS.

I think today is a good day to mention the Plug Power/Amazon deal after Amazon announced that it will buy Whole Foods. 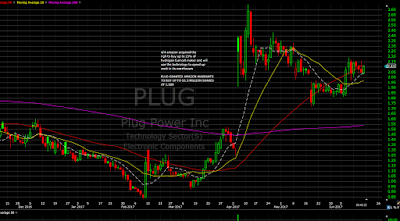 Frank Zorrilla, Registered Advisor In New York. If you need a second opinion, suggestions, and or feedback in regards to the market feel free to reach me at fzorrilla@zorcapital.com or 646-480-7463.
See How I Translate My Tweets & Blogs Into Actual 3rd Party Verified Trades
Work With Me
We live in a world in which we are bombarded with information, tweets, blogs, etc., content is the new salesman, content is the new marketing, content is the new networking. With information being so readily available, bloggers try to differentiate themselves with their writing skills, volume, and consistency, putting out blog posts to meet quotas. We are seeking to stand out from the crowd by showing performance, by taking all the information and seeking alpha, that’s the sole purpose of the blog. It won’t always be pretty; it’s never easy, and performance is spotty, but we seek superior risk-adjusted returns, not notoriety for our writing skills.  If this is something you can relate to, then this blog is for you.
DISCLAIMER
By Frank Zorrilla|2018-02-02T12:06:06-05:00June 16, 2017 10:21 am|