Taking This Shipper For a Ride

Taking This Shipper For a Ride

I’m always intrigued by huge bases from stocks that are trading near their 52 week lows.  Normally a prolong period of contraction leads to a prolong period of expansion.  Golden Ocean Group $GOGL formally known as Knightsbridge Shipping (VLCCF) has been basing for roughly five and half months. Prior to this base the stock was in deep downtrend after it peaked at $16 in June of 2014.  As you can see from the chart below the sellers were in complete control, then In December the bleeding stopped and the stock started its base.  Within the base is when the buyers and sellers tend to find equilibrium, the sellers for the most part are done selling and or the buyers are taking in all the supply. The base normally consists of a new set of stockholders who believe that greener pastures await the stock.

What you see in a base is the stock trade in a range, in the case of GOGL its been trading between roughly $4-$5.  Previously in the downtrend the 20 and 50 day moving average capped all rallies, now the stock is trading above those two averages and they have been acting as support, that’s a character change.  What you normally see within the latter stages of the base is the buyers start to get antsy, you start seeing a pattern of higher lows and the volatility starts to contract, then you get the explosion higher.  This is exactly what is going on with GOGL right now.  A move above $5.15 should move this stock from a stage 1 to stage 2 (start of an uptrend). 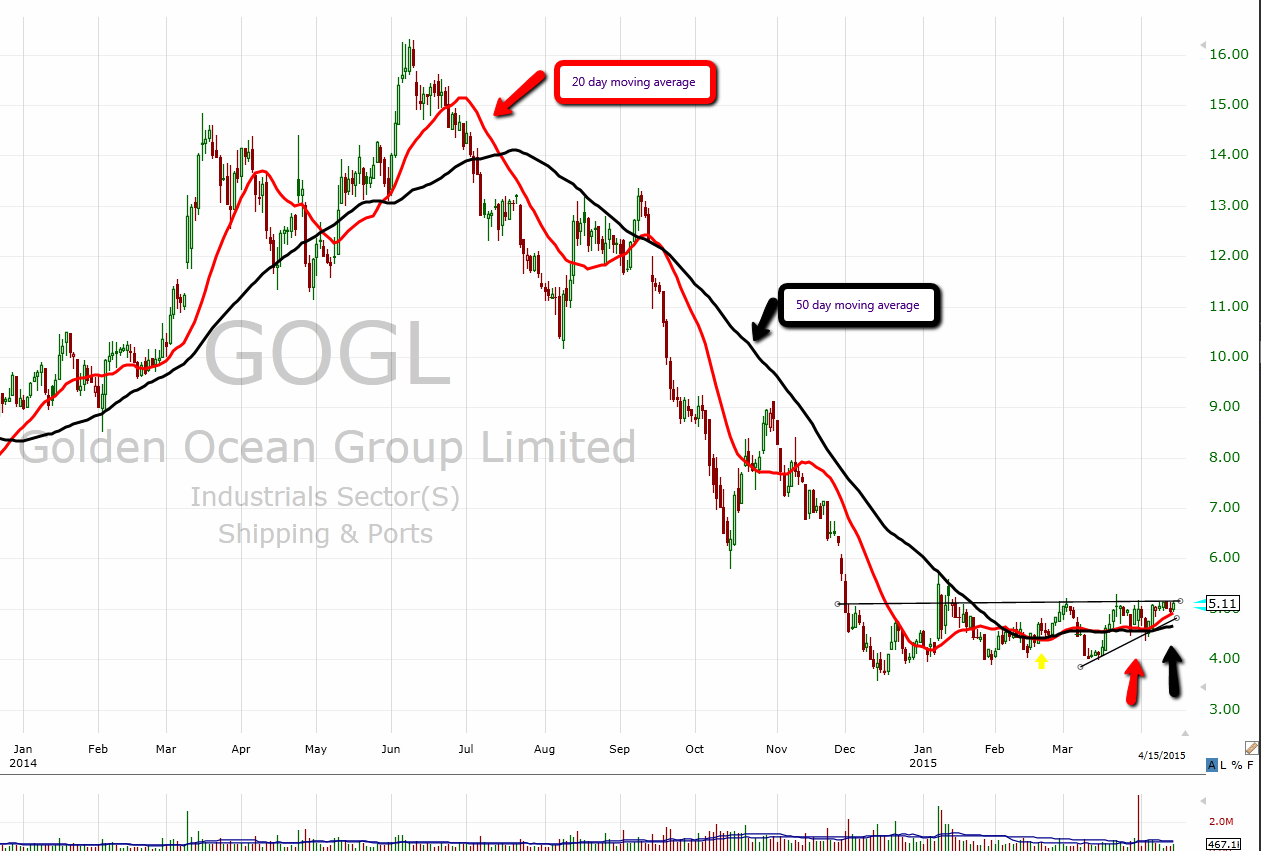