How To Turn 1k Into 1 Million

How To Turn 1k Into 1 Million 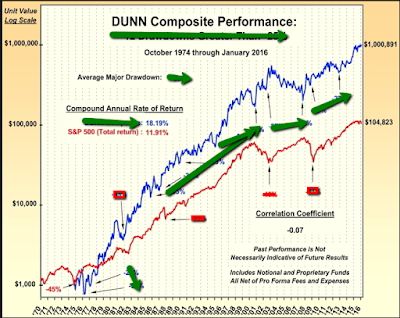 If you show the above chart to an audience of a thousand people and ask them if they would be willing to invest in blue the equity curve, 99% will probably say yes. What’s not to like; 18% annual return, $1k investment in 1974 would be worth $1 million today vs. $104k for the SP500. However, only a handful of people have the fortitude to invest and stick with that equity curve, and one is Bill Dunn himself.

On the road from $1k to a $1-million the average drawdown of the program was -37%, the largest drawdown was -63% and the high before that drawdown wasn’t eclipsed until ten years later. In a time when not keeping up with SP500 for the last 90-days equals career risk, I can’t even imagine not performing for ten years let alone having such a huge drawdown. The returns are great, but the pain of getting from point A to point B is too much for many to fathom. When you have huge gains in your account and then have a significant drawdown you no longer see the account as being up X-amount from the initial investment, you now see it has it being down X-amount from the high. In other words, once you’ve gone from one thousand dollars to eight hundred thousand and back to 250k you are not saying–I’m still up 249k, you are thinking is–that you are down 500k, and that’s not easy to stomach. While many want the big gains and the glory not many are willing to go through the pain to get there, like anything else in life.

It can be done.

William Dunn is a legend. 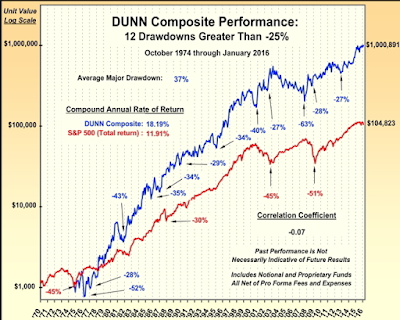 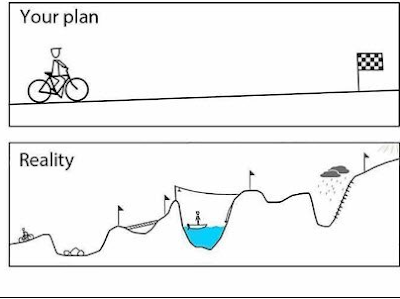 The information in this blog post represents my opinions and does not contain a recommendation for any particular security or investment. I or my affiliates may hold positions or other interests in securities mentioned in the Blog, please see my Disclaimer page for my full disclaimer.