Bringing Back The Smart Money Index

Bringing Back The Smart Money Index

We have been hearing a lot of complaints about how weak breadth has been, how only a few stocks are pulling the indices higher.  Whether bad breadth will ultimately be a problem or not remains to be seen. You have to keep an open mind that maybe more stocks will start to participate in the future, it doesn’t always end badly.

The image below tells you the whole story.  The mega-cap names that have a larger effect on the SP500 have outperformed their little brothers on a 1, 3, 6, and 12-month basis. The lower cap names are all lower in every time-frame. 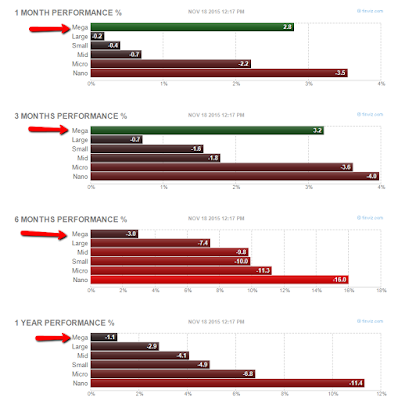