A Country ETF Than Can Double Your Return

A Country ETF Than Can Double Your Return

“The time to buy is when blood is running in the streets”.—Baron Rothschild

It feels much better to buy assets while they’re rising, but it’s usually smarter to buy after they’ve been fallen for a while.”— Howard Marks 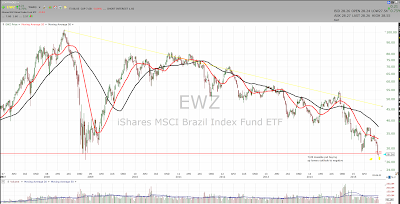 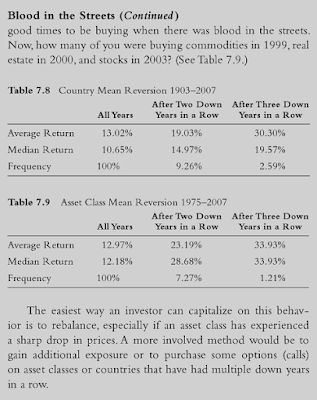 Recent data by Dimson, Marsh, Staunton database showed a median country returns of 8.74% (all years) and 15.94% after 3 down years in a row, both suggest that you will double the median return of all years if you own a country etf that is down 3 years in a row.  It’s a very rare occasion that only happens 3% of the time.

Currently Brazil $EWZ is down multiple years in a row and is the only candidate right now to possibly double the median country return.  I bring this up now because recently there has been massive put buying in $EWZ and just today Standard and Poors lowered their rating on Brazil to a negative.  The ETF responds by bouncing from the 2008 lows, printing a hammer on the daily chart, and possibly a failed breakdown on the weekly chart, all which I believe has bullish implications in the short term. 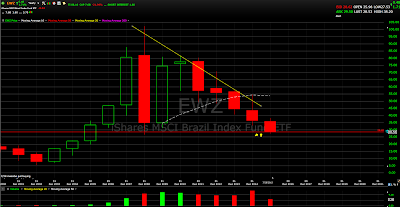